What Are Race Radios? Are They As Good As Ham Radios?

We have done a couple of articles now on the differences between VHF/UHF, MURS, GMRS, and ham radio vs CB, and why it is important for everyone to stick to the allocated frequencies of each radio service.

The off road community across the nation is on the cusp of a technology revolution in radio communications. Almost everyone has a Baofeng UV5R or BaoFeng BF-8HP. But we have been noticing a lot of people also asking a lot of questions on social media about race radios.

Race Radios are an interesting term, because they don’t refer to anything that the FCC has said is legal to use for any specific purpose in the United States. For instance, GMRS (General Mobile Radio Service) was allocated frequencies by the FCC in order to allow families to talk to each other while driving around town before cell phones were invented.

CB was originally designed by the FCC as a low band radio service that businesses could use after WWII. Since VHF and UHF radio technology was too expensive for the average consumer back then, the general public jumped into CB and took it over from business usage. And, even though VHF and UHF technology is far less expensive than it was in 1970, people are still using CB.

FRS (Family Radio Service) was designed for families to talk to each other while out together in relatively close proximity. Like keeping track of the kids while out at the beach, or at an amusement park.

But Race Radios is really a term that has been coined by a couple of companies, mainly Rugged Radios and PCI Radios. So, if a Race Radio is not an FCC defined term, what exactly is a Race Radio? For that answer, we get to travel to Johnson Valley! Home of King of the Hammers! 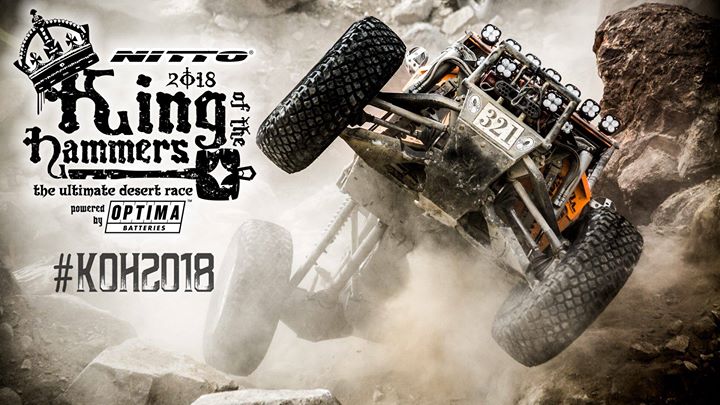 If you are into off roading at all, then you have at least heard of King of the Hammers (KoH). KoH is a 200 mile race that combines desert racing, and rock crawling. And then you repair everything you broke on the first 200 miles, and do it again! And again!

In order to cover communications over a 200 square mile geographic area, all of the race teams need to use something other than CB. So, what works better than CB? VHF and UHF radios. But, FRS (UHF) and MURS (Multi Use Radio Service)(VHF) can’t output enough power to cover the 200 mile race either. And, you need a ham license or a GMRS license in order to transmit on those frequencies with higher power. So how do you cover communications over that distance?

You get a commercial or business radio license! A commercial license is also known as a Private Land Mobile Radio License (PLMR). Most of the race teams at KoH use PLMR licensed radios to talk to their drivers and pit crews. They also have the appropriate licenses to operate on those radios and frequencies. 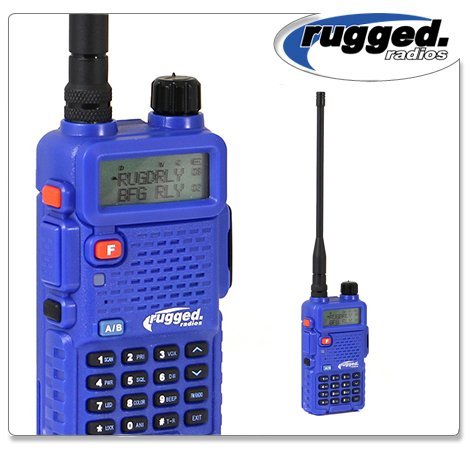 Race Radios have become popular thanks to Rugged Radios. They are located in SoCal near Pismo. Because of this, and their expertise with radio intercom systems, they are heavily involved with a lot of the race teams at KoH. So, they got together and created a list of all of the commercial frequencies used at KoH so that someone who was interested, could watch the race, and listen to the race teams for all of the inside scoop on the action.

They then took this list, and decided to sell radios to the general public. Unfortunately, they decided to pre-program these radios with the Race Radio Frequencies, which are commercial licensed frequencies. Mainly, so that people in their area could listen in on KoH every February.

Unfortunately, this is causing big issues in the off road communities across the nation. Off roaders look up to Rugged Radio (as they should!) as being the industry leaders for off road communications. This means, that when a consumer buys a Rugged Radio, they (usually) automatically assume that the frequencies that come pre-programmed on the radios, are legal to use on that radio. 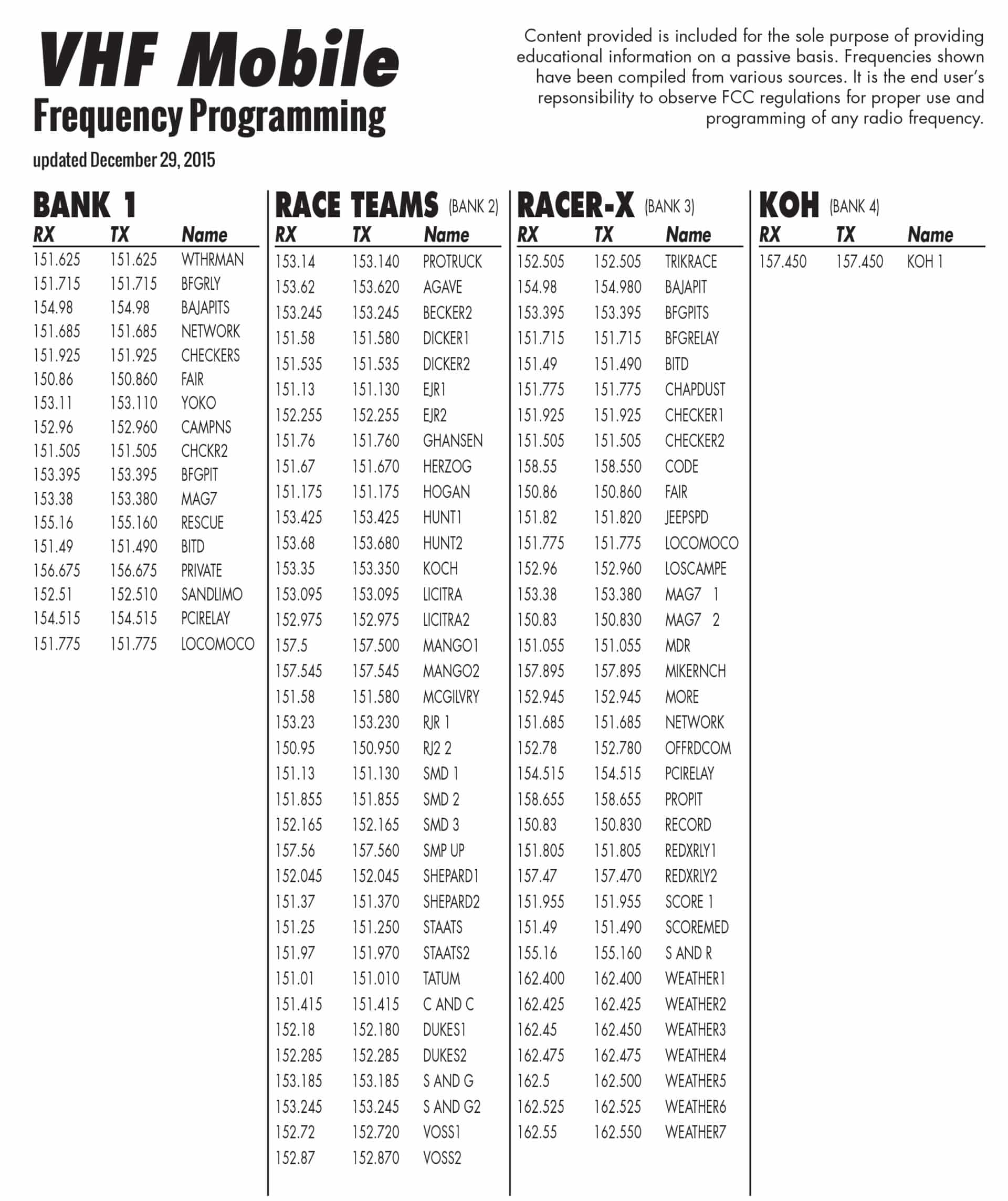 So, this means, that if you buy a radio from Rugged Radios, you need to make sure that you are NOT transmitting on any frequencies that you shouldn’t be transmitting on. It is ultimately up to the end user to control what you put on the air. But it will be an unpleasant shock (to you and your pocket book) if the FCC finds you operating illegally because you thought it was okay because “that’s how the radio came from the manufacturer”.

Each time the FCC catches you operating illegally, it is a $10,000.00 fine. So, please be careful with Race Radios and the frequencies that they come with.

One of the things to keep in mind, is that a ham radio license does not cover usage of a Race Radio. Nor does a GMRS license. You must have a commercial, business license (PLMR License) from the FCC that says you have explicit rights to the frequency that you are using, from the geographical area that you are using it.

That’s right, PLMR Licenses are only good for a 75 mile radius to cover the area that your business operates. So, even if you have explicit permission to use WTHRMAN while you are hanging out in Johnson Valley, you will be operating illegally (and thus be open to a $10,000.00 fine from the FCC) if you use WTHRMAN outside of Johnson Valley. That, and the chances are high that you will be interrupting someone who is just like you and me, and their radio communications that they might depend on, in order to run their business and feed their families.

How Would Anyone Know That It Is Me On A Race Radio Frequency?

There are 2 very easy ways to determine who is operating an illegal radio. One is by asking them. Every license from the FCC states that, if asked, you must identify yourself and your licensed call sign. If you neglect or refuse to do that, then the FCC will move on to a more fun way of tracking you down.

Radio Transmitter Hunting (or Fox Hunting) is a hobby within the ham radio community. Someone takes a radio transmitter (the Fox) and hides it somewhere. And then others will try to hunt it down using a radio and special antenna. These hunts usually take place across entire counties, and sometimes entire states. Some hunts have the only stipulation that the Fox just needs to be heard from the starting location. 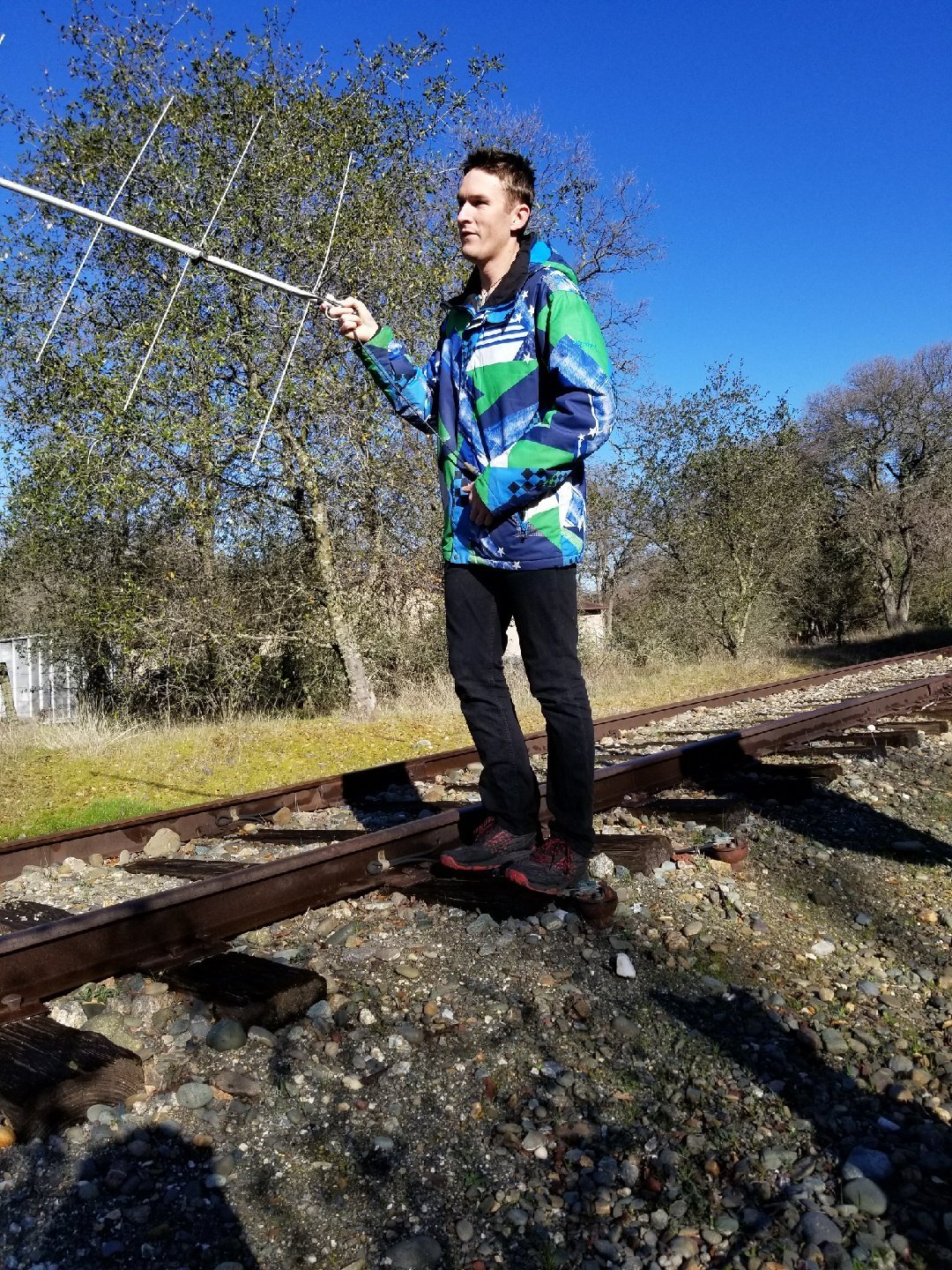 There have been multiple stories of Fox Hunts starting in San Francisco, and end up in Utah or Nevada. There have also been stories of people trying to talk on the Fox’s frequency and refusing to get off the frequency. Then, within 15-20 minutes they end up with 12 people on their doorstep.

We did a Fox Hunt recently. It was our first one ever. The Fox ended up being roughly 35 miles from the starting point. We were able to find it within about 2 hours. And that was our first time ever doing a fox hunt. Having zero previous experience, and wasting a bunch of time because we had the wrong frequency to begin with. Now that we know how to do it, that same 35 mile hunt would probably take us about 45 minutes to do today.

All you need for a Fox Hunt is a radio, and a 2meter yagi antenna. Our antenna is built out of PVC and a repurposed tape measure. For under $70, you can start doing Fox Hunts, or find people that are using radios illegally. It was surprising to us how easy it actually was to find a radio transmitter (once we knew what we were doing).

If you have your ham license, we highly recommend trying out a Fox Hunt. It is like hi tech geocaching! To find out some more info on fox hunting check out Homing In — Radio Direction Finding, Fox Hunting, ARDF.

Race Radios Are A Ripoff

Rugged Radios does some really amazing things. They have awesome intercom systems, that cannot be beat for off roading. If you are looking for one of those, then definitely, you should be checking them out. However, their Race Radios program is a complete ripoff.

They buy BaoFeng and TYT radios, have them rebranded, program them for illegal frequencies, and sell them at a retail profit margin.

You can buy the same radios that Rugged Radios sells, on Amazon, legally, for a fraction of the cost of a Rugged Radio. You will then have to have them programmed, but at least you won’t be risking a $10,000.00 fine from the FCC. And, if you do this, we will even put together and send you a FREE CSV programming list of frequencies that are legal for you to use.

If you get one of the below radio options, get in contact with us, and we will get you a free programming list so that you don’t have to worry about the FCC using you as a Fox Hunt.

Below are the comparisons of Race Radios vs the exact same options that you can find on Amazon. We HIGHLY recommend going the Amazon route because you will get a blank radio. You can then program it yourself to be legal usage for your uses and license privileges. At least this way, you save yourself at least half the price of the radio, and a possible $10,000.00 fine from the FCC. Please get in contact with us if you have any questions on what is legal and what is not legal… or check out the articles that are linked at the top of this article. 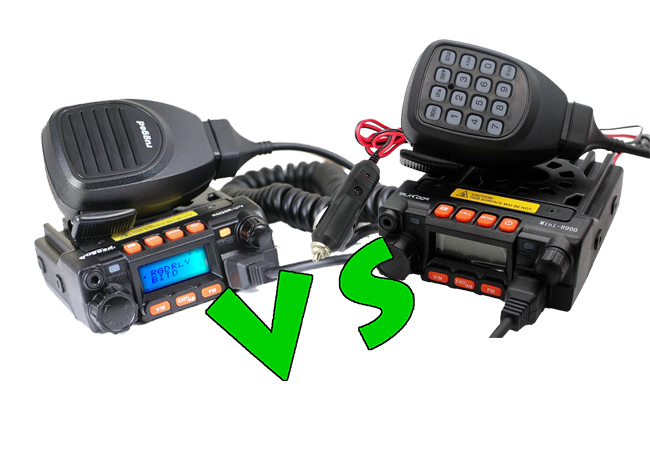 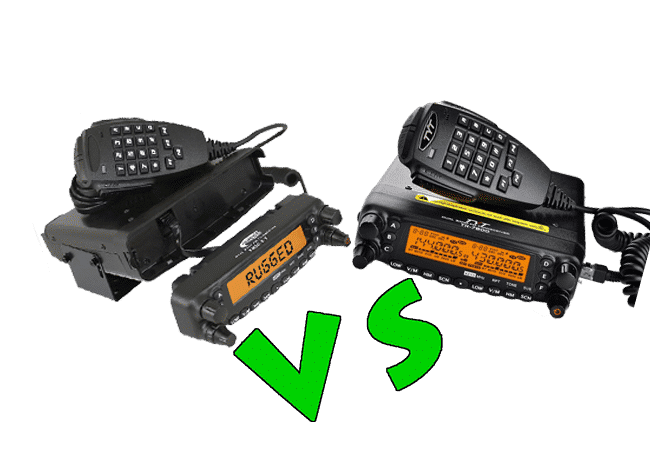 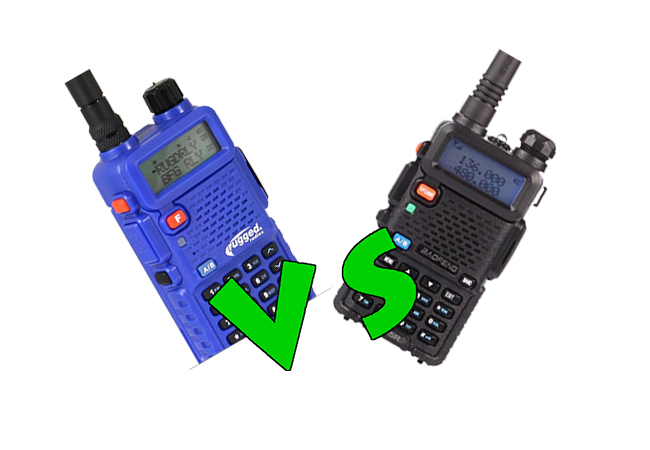